Today I answer more of those frequently asked questions about Montessori education. If you find this series useful, feel free to share it with your friends. 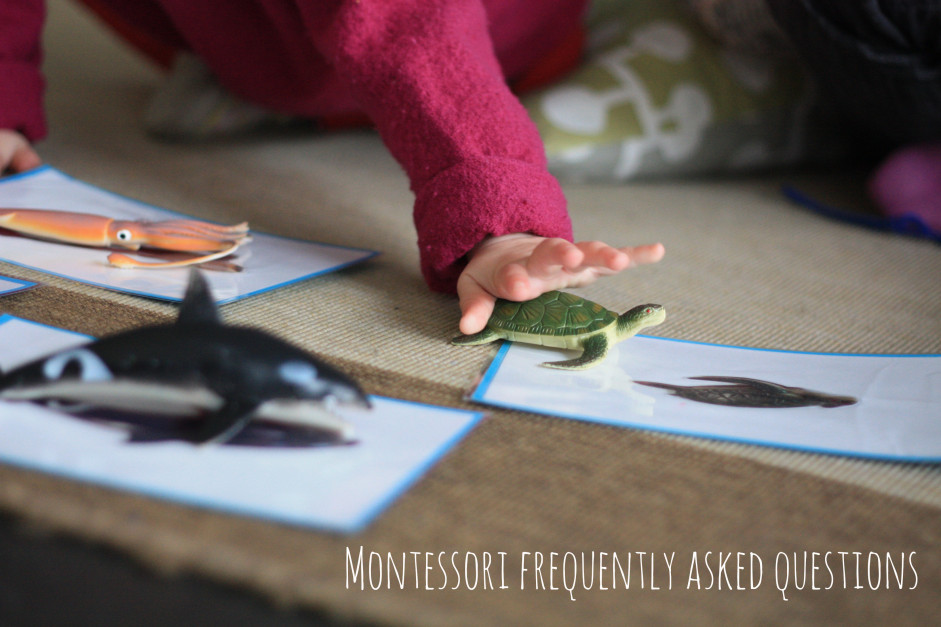 1. How does a child transition to a traditional school after being at Montessori?

It is easy to think, “How will my child adjust to having to do the same as everyone else? To listen to the teacher? To sit still in the class?”

From my experience, children generally transition well from Montessori schools to other schools. The children are usually very independent, respectful and sensitive to the other children in their class so these skills are great to take onto the next school.

One child in my son’s Montessori primary class (from 6-9 year olds) had to move and there were no Montessori schools near their new house. The child was asked what they thought of their new school and they said, “It’s easy. You just have to do what the teacher tells you.”

In another case, a child had been in Montessori schools until high school. The biggest challenges she faced were:
1. Asking the teacher if she could use the toilet; and
2. Not being able to look things up in tests if she didn’t know them – because she was so used to finding out the answers to questions she didn’t know.

Another family in the same situation found it funny that the kids in the new school always put up their hands to ask the teacher if it was in the test. Interesting observation!

My personal experience has also been good. My son has recently started at a classical high school after being at a Montessori playgroup, a Montessori preschool and a Montessori primary school. Although we do have some Montessori high schools here in Amsterdam, he wanted to try something different. The school he goes to is a traditional high school where they can be pretty strict, e.g., if you are late 3 times you have to come early to school to clean up around the school. We explained that he might find those rules quite strict but he said it would be ok.

I feel like he has been pretty prepared for the transition. All the kids were also getting used to having a timetable, changing rooms for subjects, homework and, yes, lots of tests. He takes responsibility for arranging his work, getting his assignments done on time, and preparing for his tests. I check in now and then to see what he is up to and to make sure he has enough time, but until now, he hasn’t needed my help at all. Most importantly, his teachers also say that he is eager to learn. I like to think that this has a lot to do with his experience at Montessori school. Let’s hope it continues as well.

2. What if my child avoids an area?

At Montessori schools where children can choose what they want to work on, there can be concern that your child will avoid the areas that they don’t like. Luckily the teachers are responsible for knowing what the children are working on and can make agreements with the children if they are avoiding a certain subject area. Sometimes children avoid an area that they find difficult and a good Montessori teacher should be able to find a more accessible way of interesting the child in this subject. For example, it could be by encouraging an older child to help them, finding another method to guide them to understanding, or discussing with the parents ways to approach this area. Sometimes, the child is not yet ready to learn this skill and thus shows no interest. It is the teacher’s responsibility to see why the area is being avoided and take action if needed.

Let’s look at an example. If a child is not interested in reading, then the teacher will be looking at whether there is any development in this area, for example, interest in pre-reading skills, learning sounds of the letters, beginning to write with the moveable alphabet etc. The Montessori approach follows they idea that the child has sensitive periods for learning skills such as reading and that when the child is ready they pick it up easily. So I have seen children showing no interest in reading at age 6, and in a year they have not only learned to read, but read novels like Harry Potter the same year. Another child may have difficulty reading because they have dyslexia. It’s always wise for parents to keep an eye on their child’s development, raise any concerns they have with the teacher, and get an external assessment if you have serious concerns.

3. I’ve heard children in Montessori schools are allowed to do whatever they want. Is that true?

There is a common belief that children in Montessori schools are allowed to do whatever they like and that there are no rules. Sounds like anarchy right? That’s because we are only hearing half of the story.

There are indeed rules in Montessori classrooms, i.e., agreements made between the teacher and their students to ensure that everyone is respected, and that everyone has a right to work in a safe, reasonably quiet classroom. However, there are also not so many rules that the environment feels strictly controlled by the teacher. As the children get older, there is also a requirement that the children take responsibility for their planning, and will reach a certain level in each subject. Of course, with the guidance of the teacher.

The Montessori approach allows freedom within these limits. And children respect these limits because there are not so many of them, and they have a lot of freedom within these. The best way to understand this is to visit a Montessori classroom where you see children wanting to learn, work, and discover, even though no one is shouting at them to listen, sit still and learn. 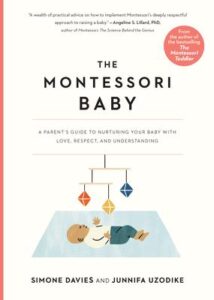